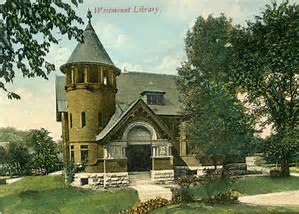 This iconic structure houses the first publicly-funded municipal library in Quebec. The stairs up to the library’s east entrance were recently demolished for the repair of a water pipe, and will be rebuilt. Until 1995 this was the main entrance to the Library, which was erected in 1899 to mark Queen Victoria’s Diamond Jubilee. The red brick and sandstone building, designed in the popular Richardsonian Romanesque style by Westmount architect Robert Findlay, sat facing the newly-created Victoria Jubilee Park. It featured large arches, steeply sloping roofs, big windows, and a tower. Above the entrance, on one of the sandstone reliefs created by sculptor George Hill, was a quotation from Shakespeare’s “All’s Well That Ends Well”.

Over the years, a number of extensions were added. The original building featured only one bay window; Findlay balanced it by including another in the 1924 addition. The dollhouse-like Children’s Library, with its own entrance fronting Sherbrooke Street, opened in 1911 and was also designed by Findlay. It now houses the Westmount Room. 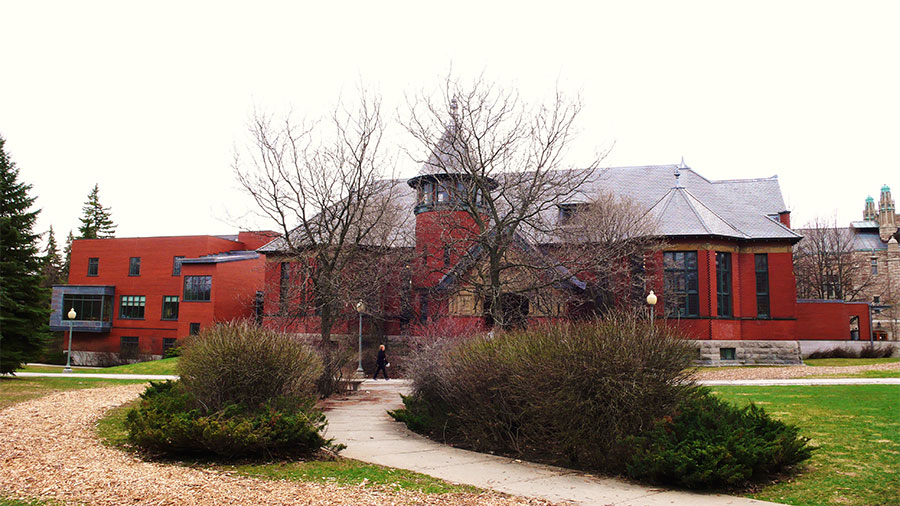 In 1995, a large addition by architect Peter Rose was opened at the rear to replace the 1959 children’s annex. This modern pavilion blends with the colours and materials of the original building. The bay windows echo the Findlay bays. A new front entrance to the Library faces Sherbrooke Street, with a long passageway extending to the Rose addition. The restoration of the Findlay building interior was carried out in 1995, with architectural firm Gersovitz Moss in charge of the decoration and furnishings. Today’s Westmount Public Library is a harmonious blend of heritage and contemporary architecture.