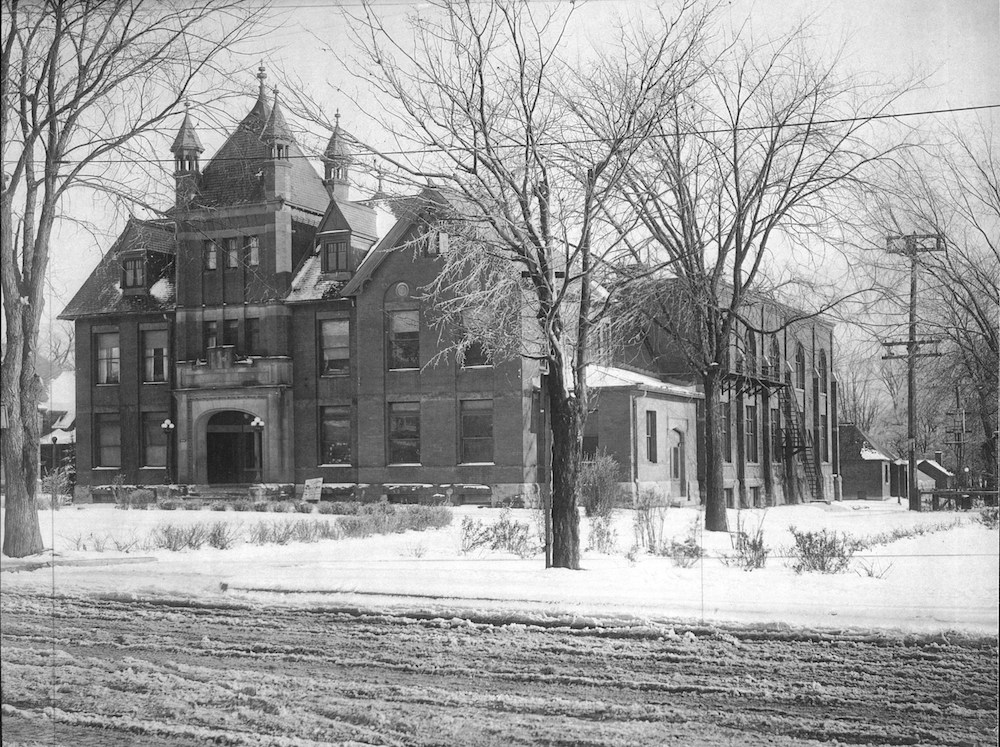 The arched doorways of Victoria Hall welcome us to a myriad of events and activities—the Friends of the Library book sales, the Artisans’ Festival, dramatic presentations, concerts, large gatherings, classes, and much more. In 1898, as Westmount Public Library was being built, residents asked for a community centre to be included in the new park. Robert Findlay, the library’s architect, designed a building matching its architectural style and materials. Victoria Jubilee Hall was opened in 1899. It housed a large auditorium, a Masonic Lodge room, music studios, a meeting hall, and swimming baths. Later a bowling alley and billiard room were added. A fire in 1924 destroyed the much-loved building.

A stone Victoria Hall was built in 1925 by the firm of Hutchison and Wood. Its castle-like appearance, with a central tower and turrets, is very like Westmount City Hall, built three years earlier. The Westmount YMCA had opened across the street in 1912, so some of the former sports facilities were no longer needed. The new municipal centre had a large hall with a balcony and stage. Many concerts and dances took place there in the 1930s and 1940s, with the young Oscar Peterson and the Johnny Holmes Band performing. 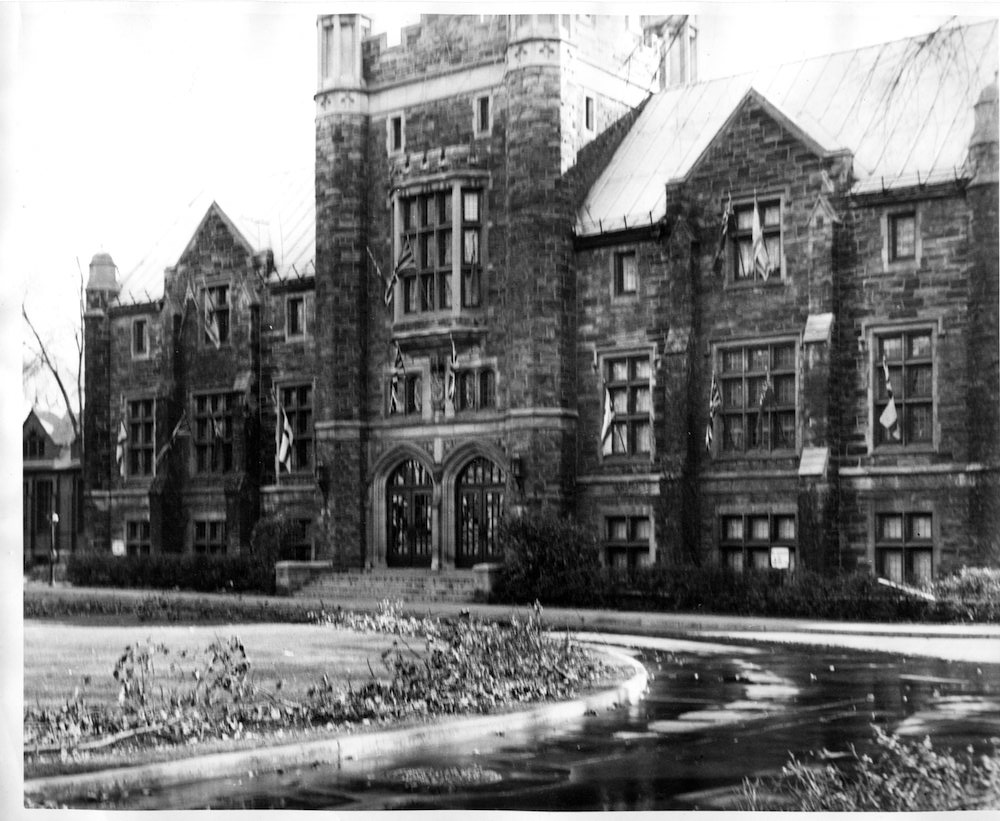 Since 1979, its basement has been joined to Manoir Westmount, a seniors’ residence run by the Rotary Club, and houses its dining room, lounges, and kitchen.
Victoria Hall was completely renovated and restored in 1998 by Fournier, Gersovitz & Moss. In 1999, the same architectural firm designed the Gallery at Victoria Hall, matching the exterior of the adjoining building. Victoria Hall forms part of the cultural and recreational heart of the city in Westmount Park.