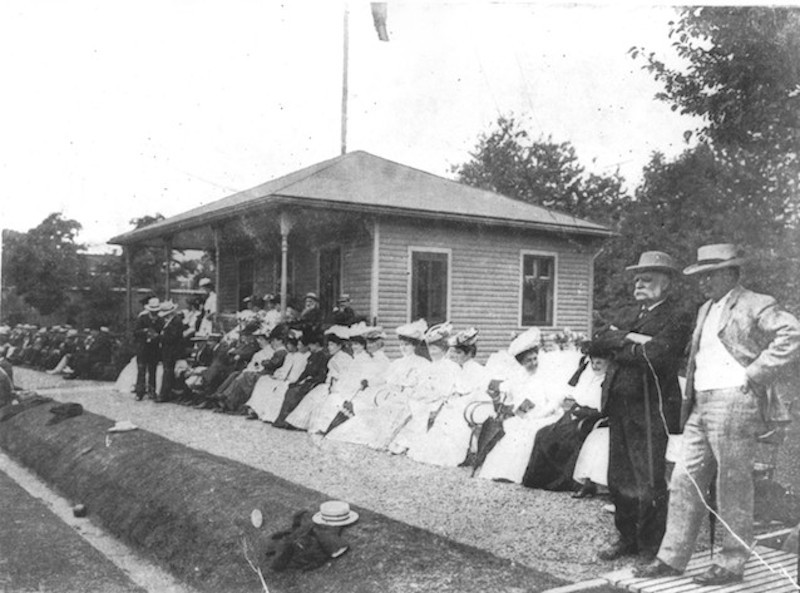 As you go past the Westmount Lawn Bowling Club on Sherbrooke Street at the corner of Kensington, you can imagine yourself back 100 years. However, the club has changed dramatically since its beginnings in 1902. Three Scots rented land then from the Monk Estate, on the northeast corner of Kensington and Sherbrooke. The property was part of the concession granted to the Decarie family by the Sulpicians. The Grey Nuns eventually owned the lot, before it was acquired by Monk.
A small white clapboard clubhouse was erected, with a green fronting on Sherbrooke. In 1916, a second bowling green was added on the north side. In 1920 the City of Westmount purchased the land and leased it to the club for $1,800 a year. An extension for women was made in 1935, but the men and women’s sides were not connected. Only in 1989 were women fully integrated in the club. The City took over the deteriorating property in 1989. 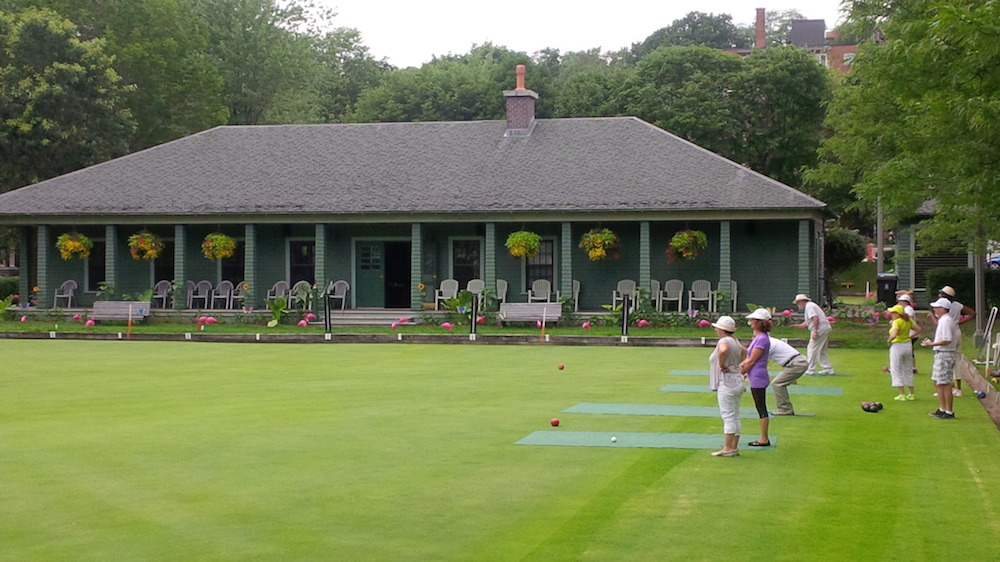 In 1996 the clubhouse was demolished. The City constructed an electrical substation deep underground and in 1996 built an enlarged replica of the green-shingled clubhouse above it. The present pavilion, designed by architects Fournier, Gersovitz & Moss, has a modern kitchen, locker rooms, washrooms, and a sitting area. This is the last of the numerous sports clubs which were found throughout Westmount in the 19th century—the Heather Curling Club, the Cote St. Antoine Tennis Club, Saint George’s Snowshoe Club, the MAAA, and many more. Lawn bowling continues to be played here, and tournaments are held with other communities.