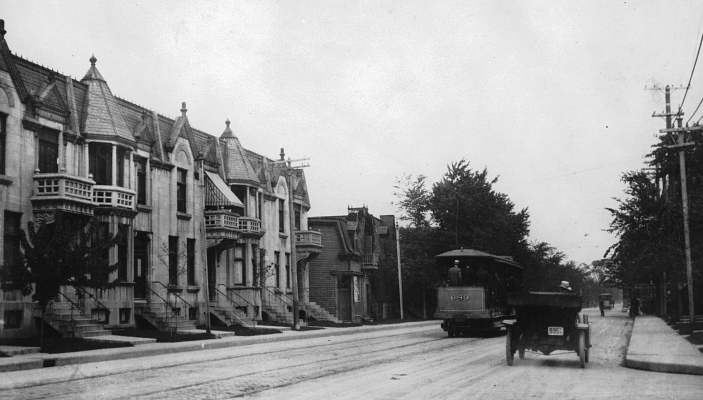 The three blocks of Sherbrooke Street’s Victoria Village are reminiscent of the high street in an English town, supplying the daily services needed by local residents.  There have been stores in this sector of Westmount since the arrival of the electric streetcar in 1893, after Sherbrooke had been extended to the city’s western boundary.  Many early businesses were opened on the ground floor of houses, with the owners’ families living upstairs.  Grocery stores, banks, drugstores, Chinese laundries, shoemakers, butchers, and bakeries supplied residents’ needs and were located close to tram stops.  Most delivered to the customers’ homes, since few people owned cars. 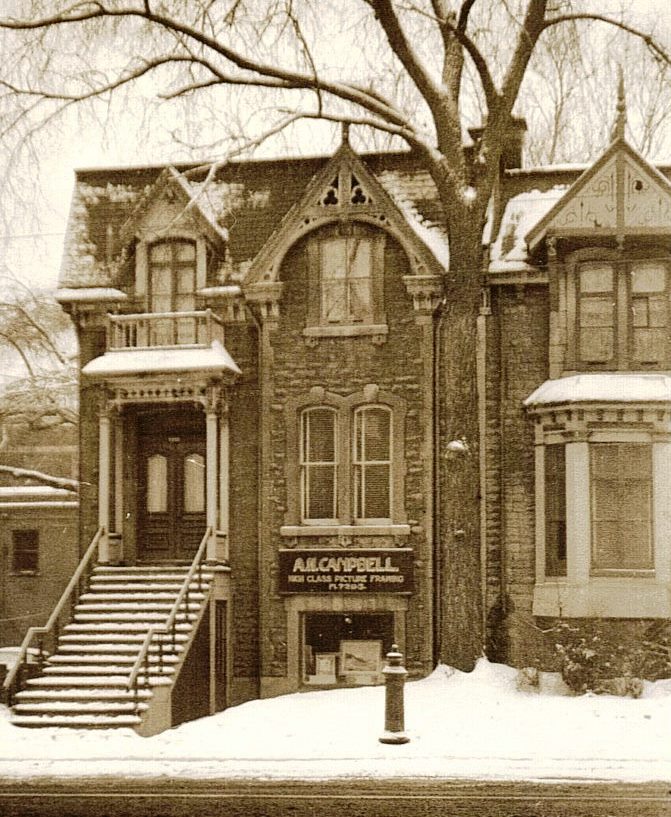 A gas station was established at the corner of Grosvenor about 1925, and one has remained there ever since. In the 1950s, Steinberg’s grocery and Pascal’s hardware became the first large chain stores in the area. Over the past 20 years, major changes have occurred in Victoria Village, as Cromwell Management has acquired over 50 commercial properties along the stretch.  Very large rent increases have forced out a number of tenants, and franchises have replaced many of the small businesses. The lure of ‘big box’ stores outside the community and the rise of internet shopping have also had an effect.   Empty stores with ‘à louer’ signs line both sides of the street, a situation rarely seen to this extent in Westmount. 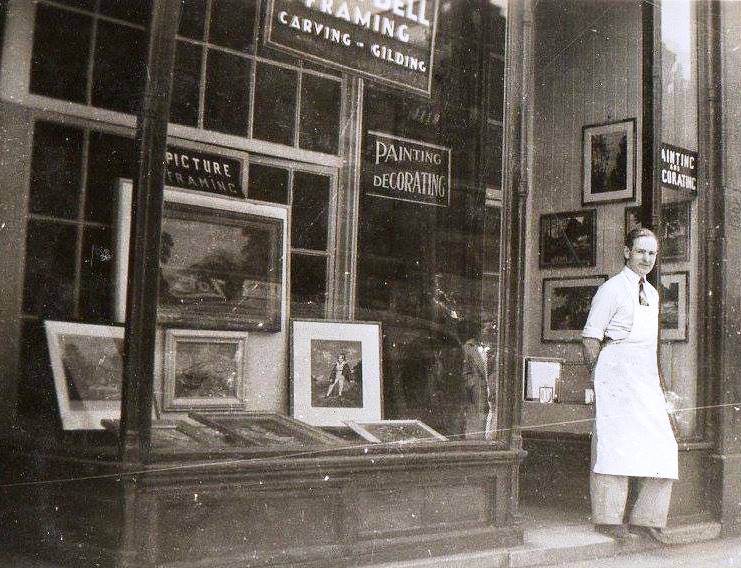 Visually, changes over the past hundred years have been less dramatic.  The street has kept its integrity, with in-scale buildings and uniform setbacks.  Two rows of converted Victorian rowhouses still face each other on Sherbrooke Street near Prince Albert.  The Royal Bank has occupied its site since 1907, when the rest of the block was vacant land.  A handful of family-owned, older businesses continue to operate; Campbell Framing and Westmount Stationary have been in Westmount for several generations.  Other independently-owned stores, including National, Fruiterie Mont Victoria, Hogg hardware, coiffeur Jean-Jean, and Courval lingerie have been here for many years. All the small businesses of century-old Victoria Village face the challenges of high taxes and limited parking, while continuing the tradition of providing valued services to Westmounters. 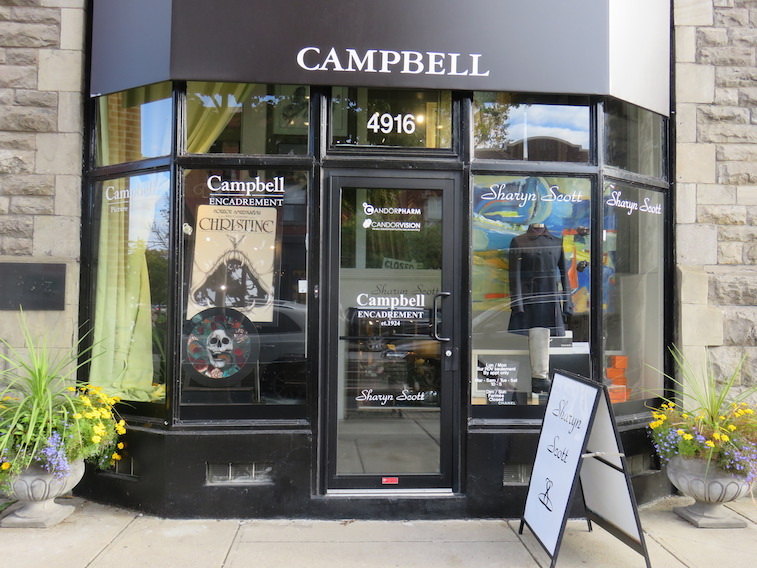 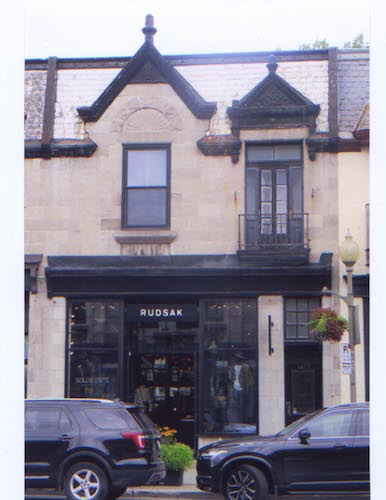 4879 Sherbrooke St. W. as it is today with the house converted into a store. Photo credit: Doreen Lindsay, 2018

More information about Westmount’s heritage can be found on the Westmount Historical Association website www.wha.quebec.