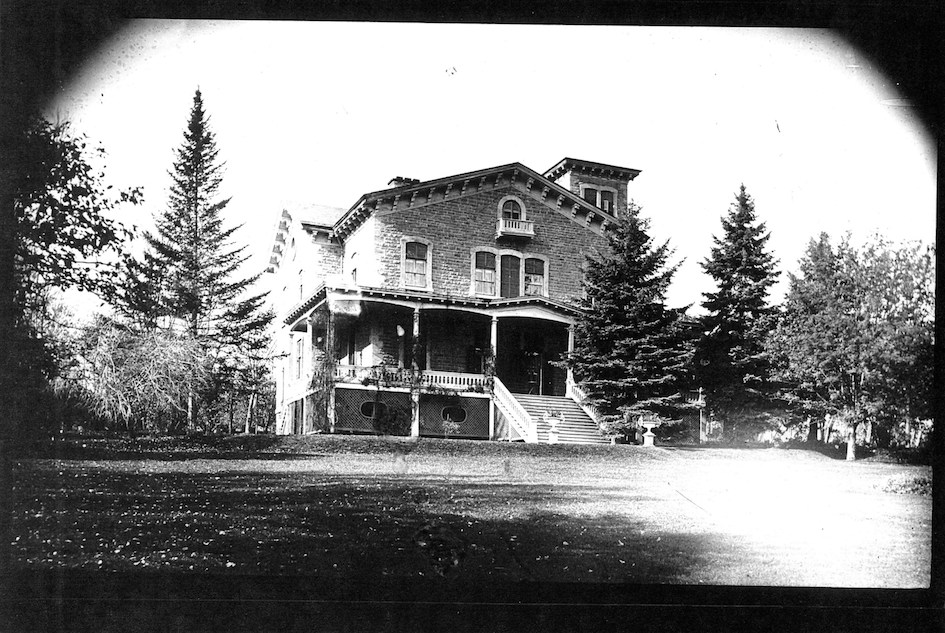 The official name of the park located between Westmount Avenue and Côte St. Antoine Road is King George Park, but most Westmounters call it Murray Park.The land was part of a large country estate acquired by William Murray, founder of the Beaver Steamship Line, from the old Leduc farm. Around 1860, Murray built a stone villa up where the tennis courts now are. He named his house ’West Mount’. In 1895 the Town of Côte St. Antoine adopted this name, becoming the Town of Westmount.

After Murray’s death, local children enjoyed sliding down the hills in winter and apple picking in the fall. In 1926, notice boards appeared on the estate’s fence, advising of an imminent housing development. Citizen opposition to this plan quickly arose, and as a result, the city decided to expropriate the part of the estate that today forms the park. Murray Park was officially opened in 1929.
Nannies could take their young charges to two new playgrounds (one at the southwest corner) built by the city. In the 1930s, several solid residences in the new park were demolished—William Murray’s home, his son Alexander Murray’s (near the site of the wading pool), and William Lighthall’s (adjacent to Murray Avenue). Lighthall urged the city to keep the acacia trees, and many of them still stand today. Four tennis courts were installed. In 1936, Architect Robert Findlay designed a stone pavilion with a belvedere and clock tower. 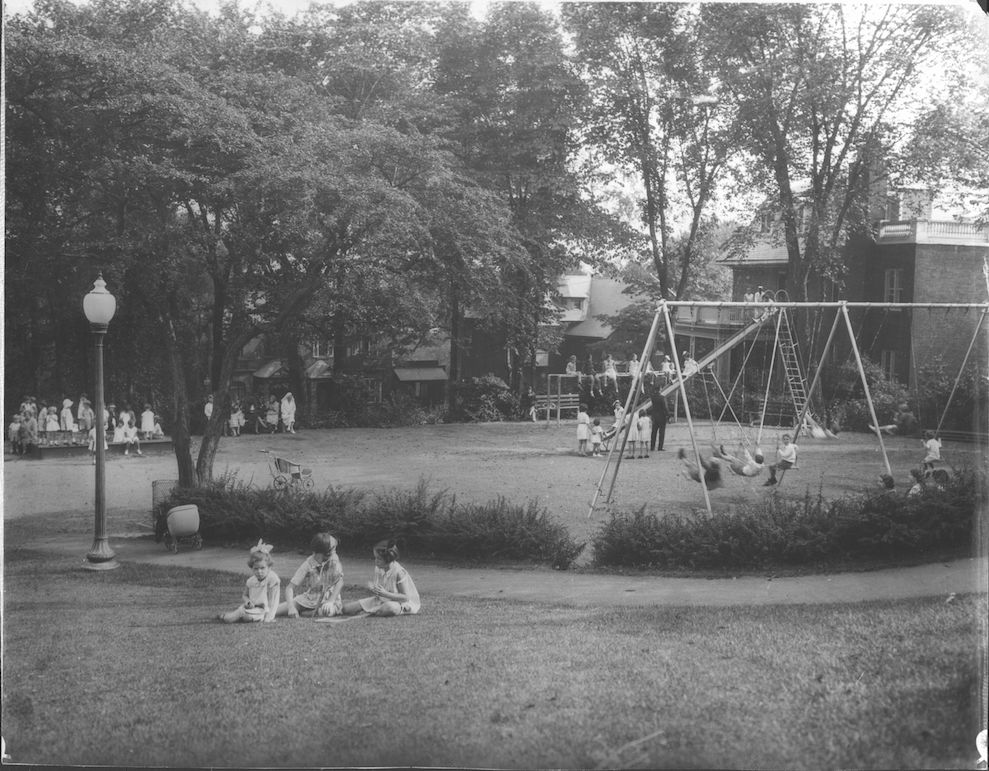 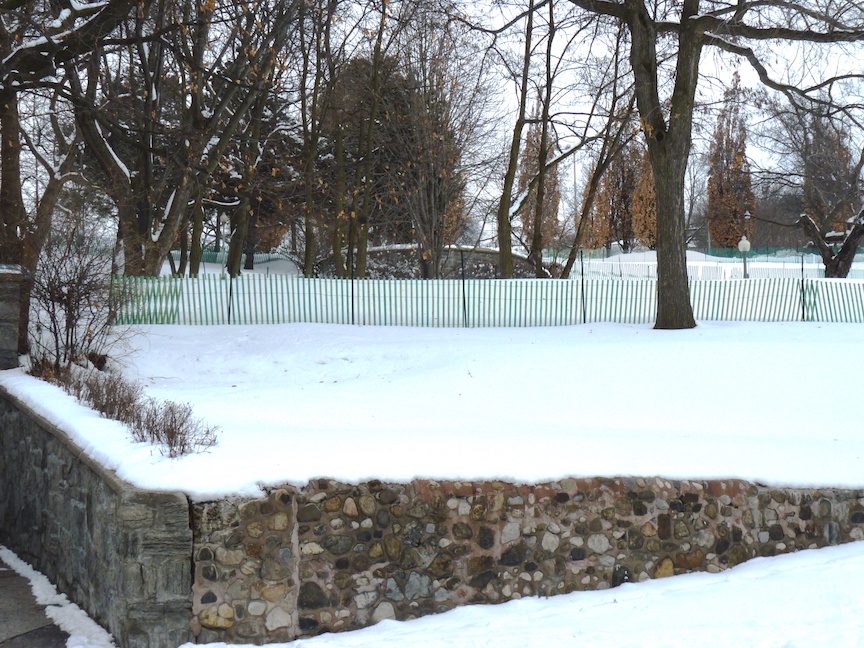 After King George VI’s visit to Westmount in 1939, the park was renamed King George Park in his honour. Leonard Cohen’s family home on Belmont Avenue backed onto the park. He later mentioned it in his novels Beautiful Losers and The Favourite Game: “The park nourished all the sleepers in the surrounding houses. It was the green heart. It gave the children dangerous bushes and heroic landscapes so they could imagine bravery. It gave the nurses or maids winding walks so they could imagine beauty.” Leonard Cohen, The Favourite Game