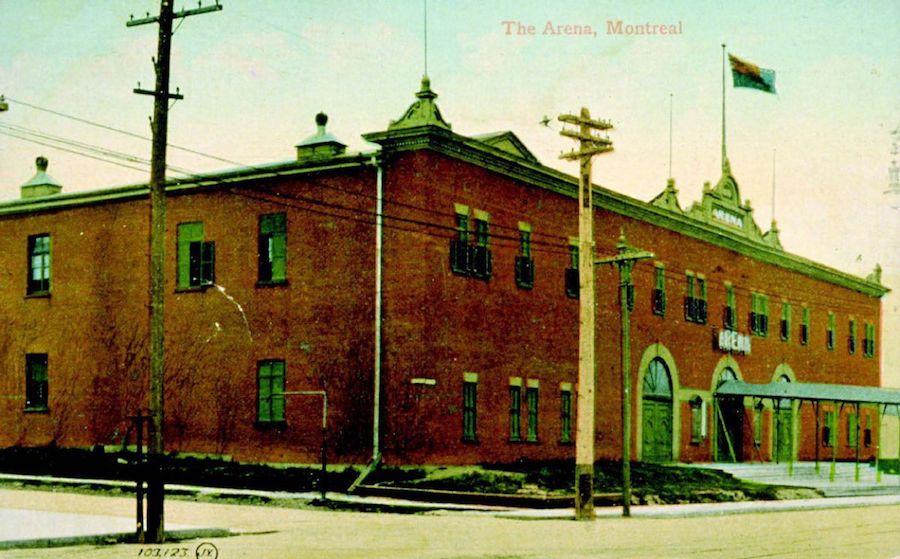 With hockey season here again, it’s interesting to recall where the game was played locally before the old Montreal Forum was built. Until 1918, professional hockey was played on the site of today’s condominium complex at 1 Wood Avenue. The privately-owned Montreal Arena (often known then as the Westmount Arena) opened on St. Catherine Street at the northeast corner of Wood Avenue on New Year’s Eve in 1898. This vast facility was the first-ever indoor rink in North America to be built specifically for hockey. It was the home of the Montreal Wanderers, and also later on of the Montreal Canadiens, who shared the premises. The Wanderers won the Stanley Cup in 1906, 1907, 1908, and 1910; the Canadiens won their first cup there in 1915. Westmounter Art Ross played with the Wanderers in that era. The Art Ross Trophy, presented to the NHL’s top point’s scorer at the end of the regular season, is named after him. 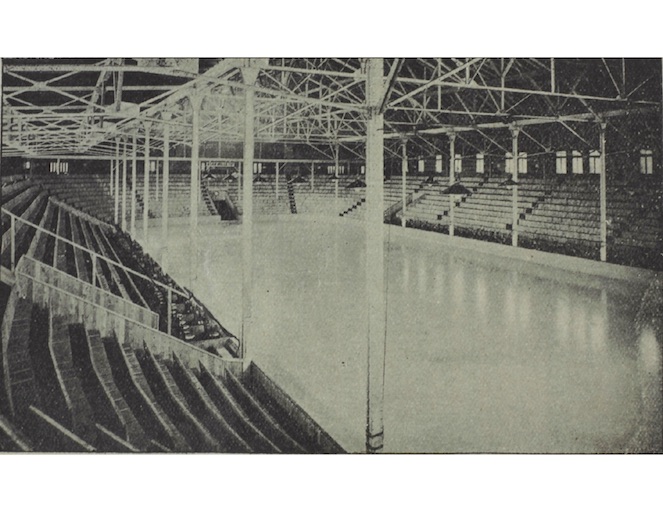 With seating for 4,300 spectators and standing room for 5,000 more, the arena initially had a natural ice surface, but in 1915 an artificial ice manufacturing plant was installed—the first in Canada. Other innovative features included rounded corners of the rink that facilitated play, and three-foot high boards to protect the public from errant pucks. Amenities included a smoking room and a buffet for refreshments. 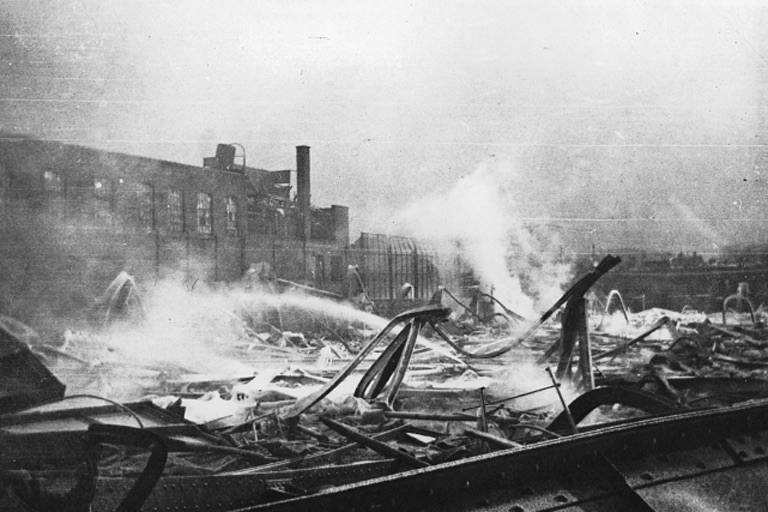 The space was also rented for exhibitions, horse and car shows, motorboat displays, concerts, and bazaars. To celebrate Westmount’s official designation as a city, a ceremony was held in May, 1908 featuring world-famous Italian tenor Enrico Caruso, who sang in front of nearly 4,000 people. Unfortunately, the arena was totally destroyed on January 2, 1918, by a spectacular fire of uncertain origins. 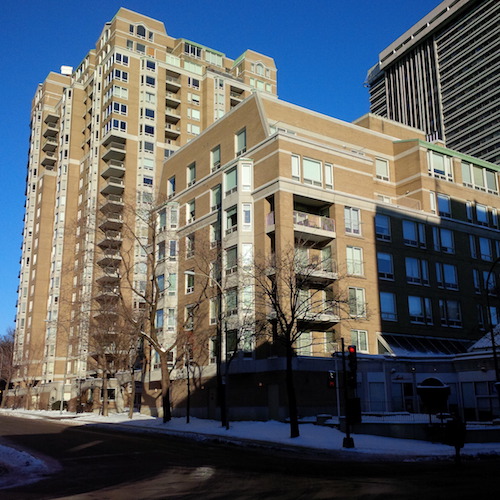 In 1942, the RCMP bought the large lot for its Quebec headquarters. It moved to a new building on Dorchester Boulevard between Greene and Clarke avenues in 1972. The old site was purchased for 1 Wood, a luxury high-rise condominium complex built in 1985 and designed by Westmount architect Ray Affleck of Arcop. In the interim, the nearby Montreal Baseball Park at the corner of Atwater and St. Catherine Street, where the Montreal Royals once played, had also disappeared. Alexis Nihon Plaza now occupies the site.